Labour and workplace coverage has been neglected over the years in part because newsrooms have been dominated by journalists from middle-class and upper-middle-class backgrounds, says Sara Mojtehedzadeh, the Toronto Star’s work and wealth reporter.

Mojtehedzadeh said that when she first took her job at the Star in 2014, she was astounded by how little attention labour stories received. In the past, labour issues used to be front page news, but in recent years, if they’re not included in business coverage, often they’re not covered at all, Mojtehedzadeh said during a Feb. 3 presentation organized by the Ryerson Journalism Research Centre and the Centre for Labour Management Relations.

She said lack of diversity in the newsroom is partly to blame: “What’s relevant to an upper-middle-class white person is not relevant to the experiences of a working class person of colour.”

Since taking the Star job, Mojtehedzadeh has chronicled changes to the job and work landscape, including the growth in unstable jobs and lack of protection for vulnerable workers.

She said the biggest challenge in covering the beat is getting people to speak on the record about their workplace experiences.

“You’re sort of trying to balance the need and the desire, I think, both on behalf of the journalist and the worker, to expose a greater injustice, with the pressure of the risk that the worker is taking.”

Angel Reyes took the risk and spoke to Mojtehedzadeh about working as a “perma-temp” at a recycling company for five years on minimum wage, with no benefits and no raises. Soon after the story appeared in the Star, Reyes lost his job.

“That really got me down,” Mojtehedzadeh reflected. “It weighs really heavily on you as a reporter.”

Mojtehedzadeh wrote a follow up story about the price Reyes paid for talking to her and it ran on the front page. A reader got in touch and offered him a unionized position with benefits, so his story had a happy ending, she noted.

“It’s a stress of the job that you’re always trying to manage and to balance between wanting to give your editors good, compelling stories, and…the ethics of asking a vulnerable worker to speak to you.” 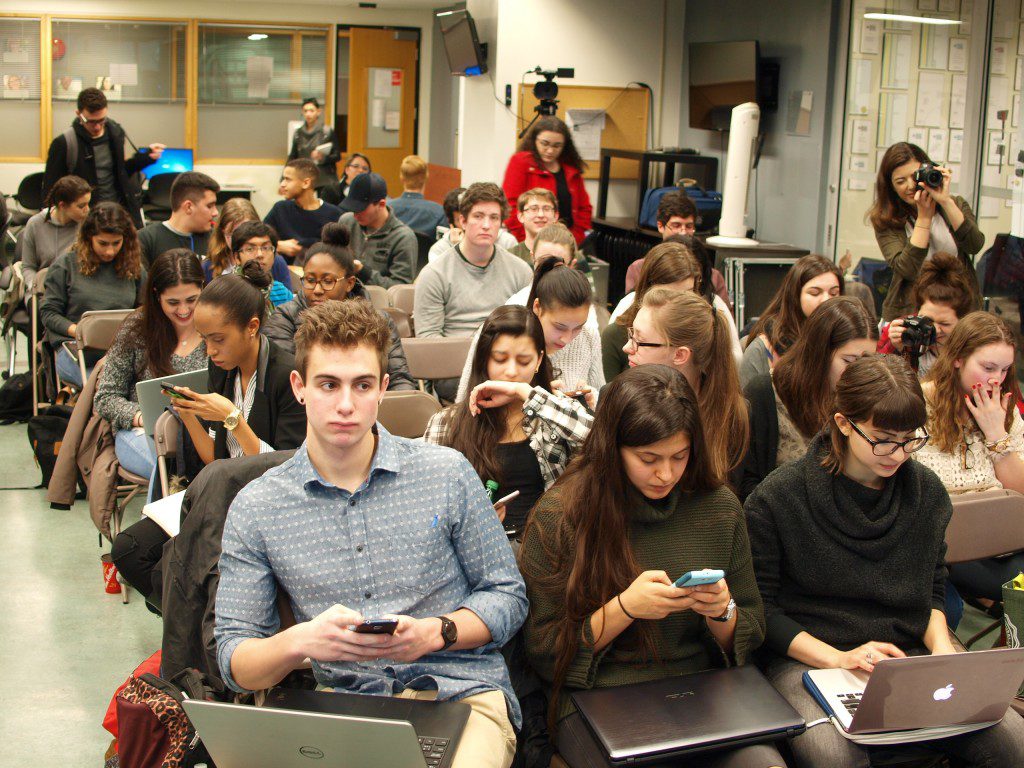 Mojtehedzadeh said she hears from many post-secondary students and graduates stuck in precarious work. “For young people it’s quite hard to speak out,” she observed. “People are worried that it’s going to affect their future employment opportunities and they’ll be seen as a trouble maker.”

Despite employees’ concerns about putting their jobs at risk, Mojtehedzadeh said she receives many calls from workers who are disadvantaged by gender pay gaps, struggling to obtain bereavement leave and dealing with bosses who don’t pay. When deciding which stories to tell, she said she focuses on issues “where there’s potential to make a difference for as many people as possible.”

Stable, unionized, nine-to-five jobs with benefits are no longer the rule, but the exception, Mojtehedzadeh said, noting that in the Greater Toronto Area and Hamilton, less than half of jobs now fit that description. The unionization rate in Ontario is six per cent and part-time, temporary contract positions are the norm.

Women, people of colour, and new immigrants are the majority of workers who are stuck in non-unionized, precarious jobs with little protection under current employment standards laws, she said. At least 45 professions in Ontario don’t have the right to minimum wage, overtime or limits on their hours: “All of these basic rights that a lot of us take completely for granted…many in this province don’t even have access to.”

Enforcement of existing “patchy laws” is weak, she added. Ontario’s Ministry of Labour has 180 enforcement ministers dealing with employment standards related issues, she noted, less than half the number devoted to health and safety. Of the 12,000 successful complaints made against employers last year, only eight were prosecuted.