Smack in the middle of fiction and nonfiction is literary journalism, a style that employs narrative techniques to report the truth — or at least a version or two of it.

“Literary journalism is almost like fiction – except it’s true,” says Bill Reynolds, co-founder the International Association for Literary Journalism Studies and editor of its journal.

The style allows the journalist to eschew convention by writing the story in detailed scenes and from various perspectives.

“You could even write from the character’s point-of-view or in omniscient third-person,” Reynolds added.

I met with Reynolds in his office, decorated with posters of jazz musicians and stacks of yellowed newspapers, to learn about his philosophy on representing reality through text, and churn that conversation into a piece of literary meta-journalism.

In his December RJRC presentation, Reynolds explained how literary journalists mirror the world to their readers “as it really is, as they see it.” He discussed philosophers Husserl, Heidegger, Merleau-Ponty and Sartre, who influenced him with their belief that human reality is the only reality we can access.

“I was thinking about the literary journalist’s methodology and how it differs from that of the news reporter,” Reynolds said.

“The news reporter gets on the ground, goes to the press conference, goes to the fire – whatever it is – writes the story as fast as she or he can, files it and goes on to the next one. The kind of journalism I teach isn’t like that at all.”

Instead, the literary journalist comes up with a story idea and then tries to figure out how to tell it and which characters they’ll use to that end.

“Then you have to get these people to agree to let you have major access to their lives,” he added.

“After that, you have to do all the extra research because your editor is expecting you to almost become an expert in your little field,” Reynolds says. “It’s hours and hours and hours of work, and that means that the relationship between the main source and the journalist evolves over time,”

Reynolds spoke of philosopher Husserl’s phenomenological concept of reality bracketing, wherein “phenomena,” or objects in the world as we see and experience them, are unpacked and divorced of their symbolic meanings.

“Husserl has this idea that reality is like an onion – layered,” Reynolds explained, likening the interview process to “peeling to get to the next layer of reality.”

“As you keep digging and interviewing and talking and you get to another layer, so the story starts to evolve and the truth is a little different,” he added.

Reynolds says we expected great literary journalists of the 20th century, such as Joan Didion, Hunter S. Thompson and Truman Capote, to have a point of view and to “make a decision about what reality is.” Readers want reality to be filtered through a writer’s consciousness, he said. At some point in the onion-peeling process, we want journalists to say, “I got it, I know the truth, and that’s what I’m going to write.”

While bracketing is faulty from a philosophical point-of-view, it works for literary journalism. We’re conscious creatures experiencing a reality spiked with symbols, meaning and thoughts. That’s why writers who distill life into stories with characters, conclusions and perspective are valued.

The writer Mario Vargas Llosa asserted that the novelist is a god because he or she gives life to their characters, kills them and decides everything that happens in between. Given what Reynolds suggests, perhaps the literary journalist is a sort of lesser deity in the context of their work, one who records the machinations of their own god, influencing the story by choosing how it gets told. 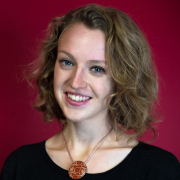