Gavin Adamson is an assistant professor in the Ryerson University School of Journalism, where he teaches first-year undergraduate students and final-year students in the Ryersonian newsroom. His current research concerns mental-health news coverage and digital news dissemination.

Gene Allen is a professor and holder of the Velma Rogers Research Chair in the School of Journalism at Ryerson University, and a faculty member in the Joint Graduate Program in Communication & Culture. His book Making National News: A History of Canadian Press was a finalist for the Canada Prize for the Humanities in 2015. Email: gene.allen@ryerson.ca

Stephanie Craft is associate professor of Journalism at the University of Illinois at Urbana-Champaign and a former head of the Journalism Studies Division of the International Communication Association. She is the co-author, with Charles N. Davis, of the textbook Principles of American Journalism.

Chantal Francoeur, PhD, teaches Journalism at the University of Quebec in Montreal. For twenty years, she worked as a journalist – mostly at the Canadian public broadcaster, Radio-Canada. Her doctoral thesis examined the integration of radio, television and Web reporters at Radio-Canada. She currently researches the relationship between public relations and journalists. Email: francoeur.chantal@uqam.ca

A former newspaper reporter and editor, Mike Gasher is a professor in the Department of Journalism at Concordia University in Montreal and director of the Concordia Centre for Broadcasting and Journalism Studies. He is the principal investigator of the Geography of News Research Project and co-author of the widely-used textbook Mass Communication in Canada (Oxford University Press). Email: gashmj8590@yahoo.ca

Janet Giltrow is a professor in the Department of English at the University of British Columbia. She has published widely on rhetorical genre theory, linguistic-pragmatic approaches to style and syntactic variation, writing in the research disciplines, language on the Internet, and ideologies of language.

Sally Haney was an award-winning journalist with the Canadian Broadcasting Corporation between 1988 and 2003. She teaches Journalism at Mount Royal University where she is also managing editor of the student-produced print and online publication, The Calgary Journal. Email: shaney@mtroyal.ca

Meredith Levine is a multimedia journalist and full-time faculty member with Western University’s Faculty of Information and Media Studies. Her teaching, research and production focuses on digital journalism, ethics and health. Email: mlevine7@uwo.ca

Robert G. Picard is Director of Research at the Reuters Institute for the Study of Journalism in the Department of Politics and International Relations at the University of Oxford, a research fellow at Green Templeton College (Oxford), and a fellow of the Royal Society of Arts.

Jordan Press is a national affairs reporter based in Ottawa for The Canadian Press, covering federal departments responsible for social programs, labour, and infrastructure. He is a husband, a dad to daughter Maya, and a pet parent to a dog named Cronkite.

Ivor Shapiro is a professor of Journalism at Ryerson University, where he teaches ethics, law and feature writing, and has served as a program director and department chair. A former magazine journalist, his research concerns journalists’ professional identity, values and practices. Email: ishapiro@ryerson.ca

Christopher Waddell is an associate professor at the School of Journalism and Communication at Carleton University and the first occupant of the school’s Carty Chair in Business and Financial Journalism. He joined Carleton in July 2001 after 10 years at CBC Television News, where he was the network’s Parliamentary Bureau Chief in Ottawa. Professor Waddell received a PhD in Canadian history from York University in Toronto in 1981. Email: ChrisWaddell@Cunet.Carleton.Ca

Mary Lynn Young is associate professor in the School of Journalism at the University of British Columbia. She has taught in a ’teaching hospital’ model of journalism education and has published on newsroom sociology, gender, crime news and the media and computational journalism. 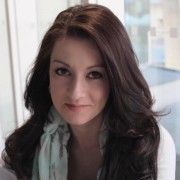 Toward 2020: New Directions in Journalism Education

Working as a Journalist in 2020: What Will It Take? A Round Table Discussion

Using Analytics: A Round Table Discussion

Like Reaching for the Pen: Towards a Greater Place for Digital News Video in Newsrooms and Journalism Curricula